After over 20 years working as a software engineer in the networking field, I’m diving into the world of electrical and mechanical engineering, and I’m taking my young daughter with me. For the last two years I’ve been working on an intelligent lighting system, building the configuration and monitoring interface. Though I’ve worked on embedded software in networking equipment in the past, I’m as far from the hardware as it’s possible to be in this system. 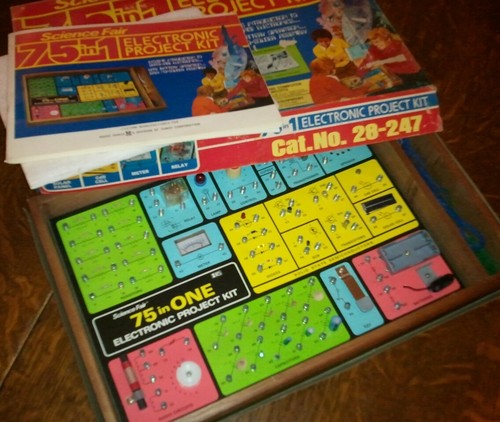 So why now? The landscape of educational and hobby electronics has been dramatically changed in the last few years. At the front of the wedge is the Arduino project, which pairs a powerful microcontroller platform with an elegantly simple programming environment. The real spark for me was the realization that my daughter and I can build and learn together. She’s already learning to code, and I think it’s incredibly empowering to write code that changes the physical world right before your eyes. With vendors like Sparkfun and Adafruit serving the hobbyist market with quality products and tutorials, it would be a shame not to take advantage of these projects.

At BarCamp 4 I met Bre Petis of MakerBot, now one of the leading manufacturers of 3d printers for the consumer market. In just a few years, the world of 3d printing for the hobbyist market has really blossomed, with some fantastic kits on the market under $1000. (Here’s a list of over 140 3d printers and kits)

And I no longer see these things as just cool toys: the mechanical engineers I work with print prototype parts for our Luminaires on an industrial 3d printer in our lab. Again, I am inspired to learn along with my daughter. She is constantly designing props for her playsets and making cardboard models to go with her collection of vinyl figures. She spends a lot of time in Minecraft exploring architecture and design. And I wonder just what she could do if she learned how to design and print objects after school. With this technology easily within reach, it would be a shame not to take advantage of it.

I’m also very lucky to work with some very talented electrical and mechanical engineers. The kind of people who will recommend a connector or indulge me with a patient explanation about system-on-chip wireless packages. Steve, our lead mechanical engineer, hosts a “Build Shit Party” in his basement shop about one Saturday a month. I’ve seen projects ranging from a CNC machined wood rack for Settlers of Catan tiles to an electric skateboard to plasma cutting steel for toolmaking. With people like this around me, happy to answer my questions, it would be a shame not to learn from them while I have the opportunity.

We’ve already started a few projects, starting with a wearable compass with LED indicators built on the Flora platform from Adafruit. We’re trying to mimic the behavior of the compass in Minecraft, which always points to your “home” (technically your spawn point, 0,0 coordinates in a world) wherever you travel. We’ve also done some work on an Arduino-controlled mini robot, and it’s great fun to edit code and watch the robot take on new behavior. We’re adding ultrasonic range sensors and infrared remote control, and we’ll post some video the next time Wall-E’s fully assembled. 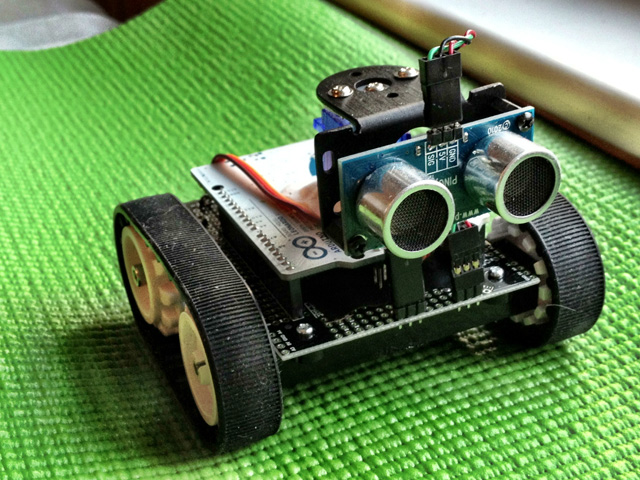 I’ve started this new blog with a focus on hardware projects because my existing blog is mostly pop culture nonsense, and I use Twitter mostly for photos of food truck lunch and jokes that my girlfriend doesn’t get.

So thanks for joining me on this journey.